Carin Winter founded Mission Be, Mindful Education in 2014 and had brought their program to 72 schools in New York and California, trained thousands of educators and impacted over 52,500 students. Carin is a Licensed Master Social Worker, completing graduate school with the highest honors, Summa Cum Laude from Adelphi University. She has extensive clinical experience working with youth in schools, foster care and the juvenile justice system. Carin founded and maintained Healing Arts of the South Shore, a private counseling and healing practice for over a decade, as well as Embrace Yoga Studio in NY for eight years. She also spent ten years as a school social worker in New York specializing in substance abuse. Carin co-chaired the Islip Drug Education and Awareness Task Force for 10 years combatting substance abuse and the heroin epidemic on Long Island.

Since 2015, she has been a committee leader with the Jesse Lewis Choose Love Social Movement in Sandy Hook, CT.  She is also an advisory member to GIFT, the Global Investment Foundation for Tomorrow and  a member of the advisory board at Global Mana. She is a speaker for Safe and Sound Schools founded in Sandy Hook, CT.

Mike Dempsey is a founding Board member for the WTC United Family Group, which is now known as The September 11 Education Trust. Mike coordinates programs such as the Oklahoma City/September 11th Family Exchange, which is a mutual peer support program, which unites the September 11th community with the members of the Oklahoma City bombing community held each year in April and September. Throughout each portion of the exchange, peer support activities are held to promote healing and connection that include support groups, panel discussions and visits to respective memorials and commemorative ceremonies. Mike was also a member of the Coalition of 9/11 Families from 2003-2006.

Mike Dempsey heads up enterprise risk management services for Dixon Hughes Goodman’s Financial Services Group and is based in North Carolina. Mike was previously a director at KPMG for 7 and a half years in the regulatory safety and soundness team specializing in operational risk, enterprise risk, and third party risk management. Mike also worked at the Federal Reserve Bank of Richmond, where he was the lead examiner and team leader for Large Bank Supervision based in Charlotte and a member of the inter-agency Basel Qualification Team. Prior to the Fed, Mike was regional head of Operational Risk and global head of business continuity at Hypo Real Estate Group based in Munich, Germany and Depfa Bank based in Dublin, Ireland from 2007-2009 and was head of investment banking operational risk for Credit Suisse from 2000-2007.

Mike holds a Master of Business Administration in Finance from Nova Southeastern University and a bachelor’s degree from SUNY / Albany. 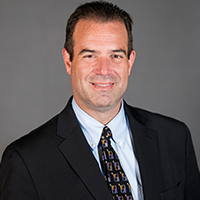 Monica Iken is the founder and chair of the board of September’s Mission. Ms. Iken lost her husband Michael, a bond broker on the 84th floor of Tower Two, in the September 11, 2001 terrorist attacks on the World Trade Center and channeled her grief into establishing September’s Mission soon after September 11. In January 2002, New York Governor George Pataki appointed Ms. Iken to the advisory board of the Lower Manhattan Development Corporation. In this capacity, Ms. Iken has met regularly with civic, business, political and family leaders to help establish a proper process for honoring the lives that were lost on September 11. In addition, Ms. Iken has sought out the advice and support of families and groups around the world, including Oklahoma City and Hiroshima, who have undergone a similar memorial process. As one of the leading voices of the relatives of the victims killed on September 11, Ms. Iken has been a frequent speaker at civic alliance meetings, regional planning gatherings and other symposiums dedicated to the memorial process. In addition, Ms. Iken has been featured in prominent news media outlets. Iken was born, raised and currently resides in Manhattan with her husband and has 2 girls 3 & 5. She graduated with a degree in education and sociology from Hunter College in 1995 and was an Elementary School Teacher for several years in the New York public school system prior to founding September’s Mission. She is also a Board member of the National September 11th Memorial & Museum.

Monica is the CEO of September’s Mission, our fiscal sponsor.

Daniel Kottke  ​has been immersed in the world of mindfulness since the early 1970’s when he became​ a close​ friend​ of​ Steve Jobs at Reed College in 1972, which led to a 4-month pilgrimage​ for the two friends to India in 1974. ​From there, ​Dan​​ Kottke ​practically created tech, in Silicon Valley, with his two friends, Steve Jobs and Steve Woznia​k​​ ​by helping build ​the first ​Apple-I computer in Steve’s garage in 1976​​. Kottke worked for Apple 1976-1984 ​as an ​early member of the Mac design team​​. ​ ​From 1984-2008 ​Dan was involved in: Lucidity Research, EcheLON, General Magic, SleepTrace, Silicon Gaming, Vertical Networks, CubeRoot, Blinkenlabs, Fastmovie.tv.
Kottke earned his JD in 1998 and produced/hosted ​the ​cable tv show The Next Step 2005-2012. He was Gen’l. Partner for Cobb Mtn Partners 2010-14​. ​ Kottke i​s now in​ the marketplace for Smarthome products, where he is now working on a stealth startup aimed at multi-tenant and senior/eldercare market sectors. He has​ begun working on ​ a memoir about his friendship with Steve ​Jobs ​prior to Appl​e​ 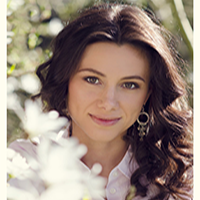 Elena Moseng is a philanthropist, angel investor and a serial entrepreneur with passion for cutting edge technology and innovation. Elena’s education is withinPsychology, Finance and IT from Altay State Technical University in Russia, where she was born and grew up.After university Elena moved to Norway where she forged a successful career at several multinational companies. Elena’s naturally curious mind, which constantly questions the status quo of life has Brought her on a path of entrepreneurship. In 2012 she launched Irbiz, a creative venture company Irbiz that focuses on innovative technology businesses with an emphasis on VR/AR, computer vision and artificial intelligence. Irbiz believes in game – changing commercial technologies which produce major environmental and social benefits.

To date Irbiz has been supporting award-winning and revolutionary tech companies that focuses on education, accessibility, green energy and carbon footprint.In early 2016 Elena started to investigate the legacy that is being left to future generations both in terms of environmental impact and inequality for women. These have become driving factors in her life and her latest start – up SimplUP – a disruptive new technology that will revolutionise the way we buy clothes. SimplUP combines computer vision and artificial intelligence to provide consumers with sustainable fashion that always fits to battle the enormous environmental footprint of the second worst polluting industry next to oil. Elena is a strong believer of doing business for good.

For the past 10 years she has supported multiple international charitable and social enterprise projects with the focus on disadvantaged communities, education, and equality. Elena also serves as an advisory board member for Conspexit, an innovative tech company helping visually impaired people to experience the world without limitations. In her free time, she loves spending time with her family, training, dancing and travel the world.

Earlier in her career, Barbara was a fifth grade elementary teacher in Deer Park School District. As a Special Educator in West Islip High School, Barbara was one of the first four special education teachers hired and a member of the Committee on the Handicapped. Since 1997, she has worked on Islip Community Health and Wellness Initiatives as one of the founding members of the Islip Drug Education Awareness Coalition. IDEA Coalition is a Drug Free Community Grant recipient where Barbara completes bi-annual reports for the Coalition’s day to day prevention work, fiscal and data management in her role as co-program director.  Her dedicated committee work includes Standards of Excellence at Islip Middle School and Islip High School, Community Council and local environmental groups such as Keep Islip Clean and Seatuck.

Since 1980, she has been an active civic member, Executive Board Member, and President of the Old South Islip Civic Association.  For five years she was the Program Director of Islip School Age Childcare Corporation, a not-for-profit organization housed at Wing Elementary School in Islip. Barbara is a newly inducted Rotarian in Islip and Program Coordinator with The Great South Bay Coalition in West Sayville, Sayville, Bayport, and Blue Point communities. 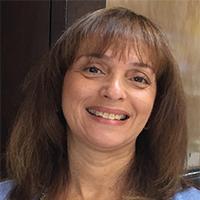 Louis Medina has worked with community-based not-for-profits for over 40 years.  Lou started out as a career counselor.  During that time he attended Adelphi University, where he received his Bachelor of Science Degree in Social Welfare.  He was then employed as Program Director for a group home for boys in Riverhead, NY and later became the Executive Director for the Three Village Boys and Girls Club for 12 years.  Lou attended Stony Brook University, where he received his Master of Social Work Degree and Columbia University’s Graduate School of Business. The Institute for Not-for-Profit Management Middle Management Program for Youth Service Organizations, as well as attending Clemson University’s Executive Leadership Program.  Lou was appointed to the Suffolk County Hispanic Advisory Board in 2004 by Suffolk County Executive Steve Levy.  Lou  conducted a community wide assessment of gang activity in Central Islip, where he developed a series of workshops for the youth, parents and community.  He has also conducted numerous workshops on gangs throughout Suffolk County.  In July 2006 Lou was appointed by County Executive Steve Levy as the Executive Director of the Suffolk County Youth Bureau, a position which he held until March 2012. In 2007 Lou was appointed to serve as a member of the Independent Review Board by Commissioner Gladys Carrion from the Office of Children and Family Services (OCFS) and held that position until March 2012.  Lou was elected President of the Association of NY State Youth Bureau’s in 2011.  Lou is currently a trainer at the Suffolk County Board of Elections.  Lou continues to volunteer at not-for-profit community based organizations where he mentors and presents on issues relating to gang prevention, violence prevention and anti-bullying programs.